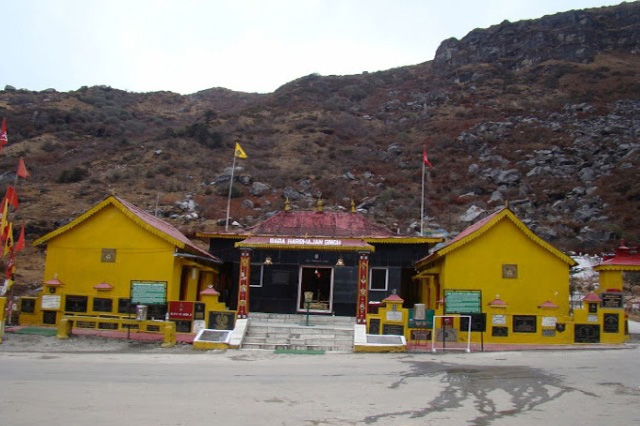 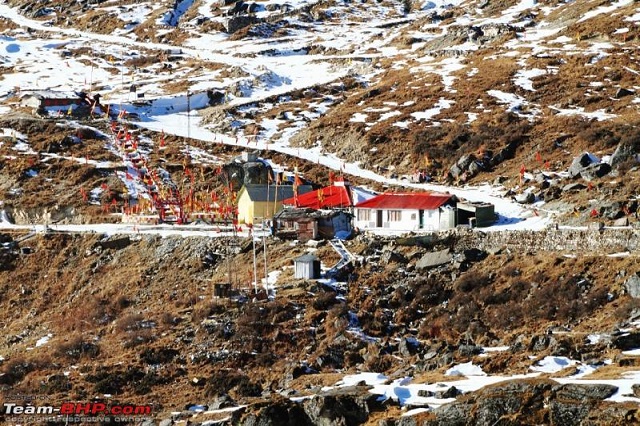 
Baba Harbhajan Singh (August 30, 1946 – October 4, 1968) was an Indian army soldier who died in 1968 near the Nathu La Pass. He is revered by soldiers of the Indian army as the "Hero of Nathula" and the army men have also built a shrine in his honour. He has been accorded the status of saint by believers who refer to him as the Baba (saintly father). Many of the faithful people, chiefly Indian army personnel posted in and around the Nathula Pass and the Sino-Indian border between the state of Sikkim and Chinese occupied Tibet have come to believe his spirit protects every soldier in the inhospitable high altitude terrain of the Eastern Himalayas. As with most saints, the Baba is said to also grant favours presumably to those who revere and worship him.

Route:
For Indian tourist there are two route through which you can reach Zuluk Gangtok and Rongli. Foreigners can visit Changu lake only from Gangtok checkpost.
Distance:
Gangtok to Baba Mandir : 56 kms.
Rongli to Baba Mandir via Zuluk: 58 kms.
Accomodation:
There is no provision of overnight accommodation and you must return to the Gangtok or proceed to Nathang valley, Zuluk by the evening.
Permit and Entry Rules
Indian : Indian tourists visiting Baba Mandir require special permit to visit. This special permit are provided by Travel Agents in Sikkim, Goverment Authority. There are two checkpost through which you can visit Changu Lake. They are either through Gangtok or Rongli. To create permit the visiter has to provide below documents:
Passport Size Photo : Two Passport Size photo for each members above 5 years.
ID with Address Proof : An ID with valid ID proof xerox copy is require to create permit. for each members above 5 years. (for eg. Aadhar card, Voter ID, Passport, Driving License with Address part)
Foreigner : Foreigners are striclty not allowed to visit Baba Mandir.